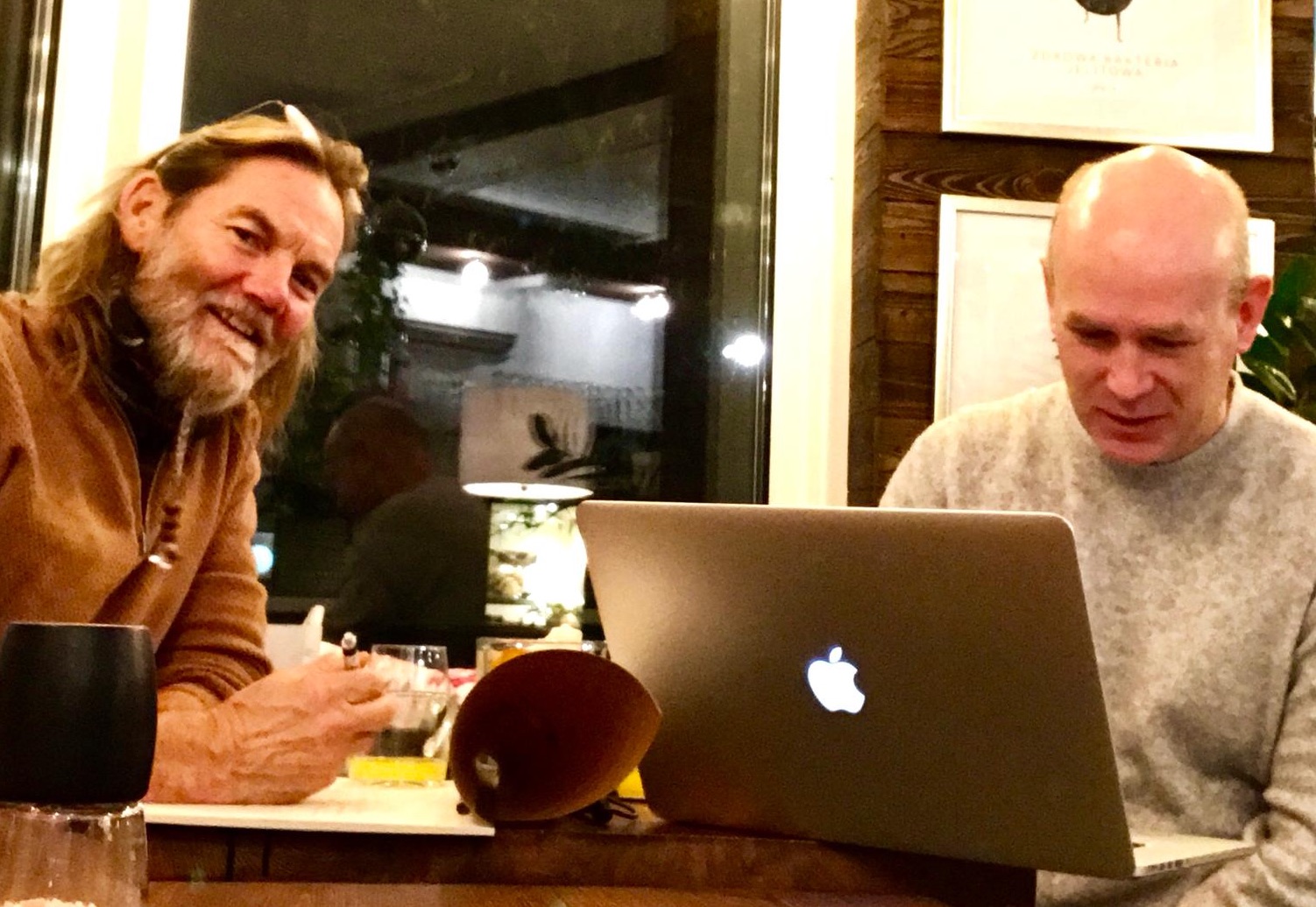 Graeme’s journey with Julie, Sue and Marit goes way back almost to the beginning.  Graeme took part with Sue and Marit on the second course that Julie was running at Peckham’s in Glasgow as part of the Chi Yoga School as it was then.  When this group finished, Julie offered up that anyone wanted to stay around and assist in her classes was more than welcome.  And a long term friendship was born

Graeme’s journey following graduation involved a round the world trip to Australia (Dina Kingsberg), Mysore (Sharath/Pattabhi Jois), Mexico/San Diego (Tim Miller),  and eventually London (Hamish Hendry).  On his return he ran the Friday night and Sunday self-practice groups at the Chi Center.  During this time John Scott was recommend to him and he was lucky to catch John in Edinburgh and then Prussia Cove before John relocated his family to New Zealand

A quirk of fate, where Julie invited Graeme, Sue and a few Glasgow yogis to go to see John on his return to the UK a few years later ultimately led to John and Graeme working together.  Having been back to Mysore a further 3 times and spending 3 years under Hamish Hendry’s guidance in London,  and with much thanks to David Keil’s support, John and Graeme have developed a close working relationship and friendship.

As well as completing TT trainings with both John (2016) and Julie (2006), Graeme is responsible for John’s website and Social Media platforms as well as looking after several of Julies’ website.

Return to the Registry